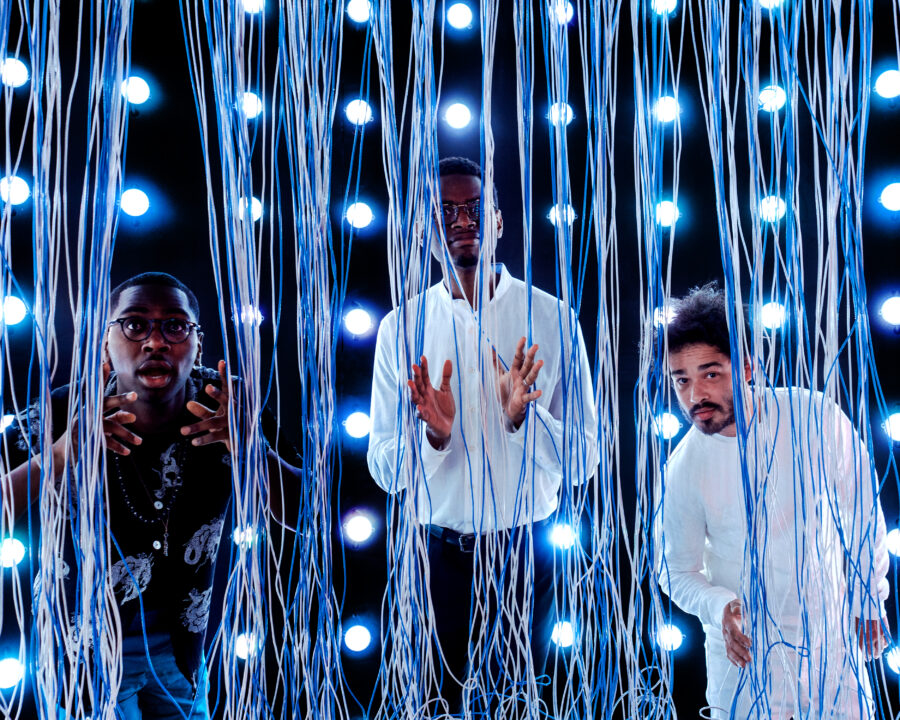 The JuJu Exchange is a jazz-fusion group founded by three childhood friends from Chicago, each
bringing their own unique stories and traits to the collective.

Nico Segal (trumpeter and producer) is Grammy Awarded musician and producer whom
is a frequent Chance the Rapper collaborator and trumpet player in Chance’s band The
Social Experiment.
Julian Davis Reid (pianist and producer) is an artist-theologian who also hosts spiritual
retreats called Notes of Rest, which interweaves texts and music to promote rest,
contemplation and creativity.

Nova Zaii (drummer and producer) is the creative director for the band and the inventor
of the patented Nova Portals instrument, a touchless electronic instrument.
Whether performing at The Chicago Jazz Fest or in the basement of The Songbyrd, The JuJu
Exchange brings uncut emotion with the intent to move the audience in mind, body, & soul.
The band’s debut project Exchange reached #1 on the Apple Jazz Albums Chart upon release.
They released their second record, The Eternal Boombox EP, inspired to provide relief as the
world grappled with a catastrophic year. Each song corresponds to a stage of grief from the
Kübler-Ross “Five Stages of Grief” Cycle.